After three days of irritating delays for traffic in downtown Crozet, milling and paving of Crozet Avenue was completed August 26 and the project is wrapping up.

Once the sidewalks are laid, only landscaping remains to finish, said county project manager Frank Pohl. He expects the landscaping, only native trees and shrubs, to done by mid-October. The contractor has a November deadline.

The milling exposed the cobblestones under the asphalt. About 100 feet was laid in an early attempt to cope with persistent drainage problems under the trestle, which had a tendency to flood until recent times. 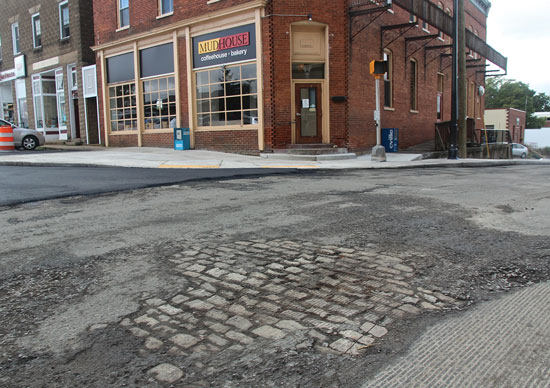